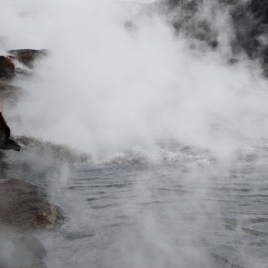 Volatile organic compounds (VOCs) must be remediated to comply with state and federal regulations.

Environmental Site Assessment in Iowa Finds No Remediation is Necessary

This project dealt with a urethane foaming operation on a twelve-acre parcel of an Iowa industrial facility. The plant used solvent head flush that was a blend of several volatile organic compounds (VOCs). When the property was sold, sampling was conducted during the environmental due diligence process. Relatively high levels of VOCs were detected in soil and groundwater near a containment dike that had been used for solvent storage.

A vapor intrusion assessment determined that solvents had been transported off-site by groundwater. During the subsequent two years, VOC levels declined rapidly due to source elimination and naturally-occurring in-situ biodegradation. As a result, the state regulatory agency determined that active remediation was not necessary and that the matter could be closed.

Initially, groundwater samples collected near the containment dike had solvent concentrations within 5 to 10 percent of solubility levels, suggesting that dense nonaqueous phase liquids (DNAPLs) were present. However, detailed soil and groundwater sampling did not find conclusive evidence of DNAPLs. Figure 1 is a cross-section that shows the results of soil sampling conducted in five test borings.

In each boring, samples were collected every foot and analyzed with a photoionization detector (PID). In Figure 1, PID data are shown on the left side of each boring. Selected soil samples were also analyzed for VOCs by a laboratory. The data show that there was a reasonable correlation between PID levels and total VOC concentrations. Concentrations of both parameters were highest in a clayey silt layer overlying glacial till.

Tetrachloroethene (PCE) and methylene chloride were initially found at concentrations indicating probable DNAPLs. PCE degrades to trichloroethene (TCE), which in turn degrades to cis-1,2 dichloroethene (1,2 DCE). Figure 2 shows how the proportions of these chlorinated ethenes changed in groundwater near the containment dike through four rounds of sampling. During the same period, concentrations of PCE and TCE declined by more than two orders of magnitude, while 1,2 DCE levels increased. It is likely that the PCE degraded to TCE by reductive dechlorination, and TCE degraded to 1,2 DCE by cometabolism and/or reductive dechlorination. Cometabolism may have been facilitated by the aerobic degradation of methylene chloride, acetone, and/or toluene, all of which were initially present at concentrations exceeding 1 mg/L.